It was a cold Tuesday night in the small city of Sandy Lake in Canada, back in February of 1984… Everything was covered up with snow and miss Mary was serving tea to her guests at the old inn, but anyway, that has nothing to do with Elias who was already 5 years old at that time living in Greece.

At the age of 17 he moved to study Architecture in the UK and came back in Greece with a Music Technology degree. Elias is a Greek dj and producer. Having a broad background in Disco, Funk & House music and being a musician, playing the saxophone for almost 20 years, Elias has produced lots of different stuff; from Nu Bossa to Electronica and from Nu Disco to old school House grooves. His dj sets are deep and techy with a strong housey feel of the UK sound.

He has been spinning records since 1996 in Greece and Europe and has been a resident dj in big clubs in Greece playing alongside Sasha, Louie Vega, Dimitri From Paris, Fred Everything, Guy Gerber, Joe Claussell, Kerri Chandler, Kevin Yost, Deep Dish and many more. 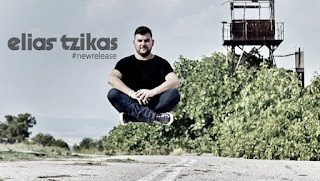