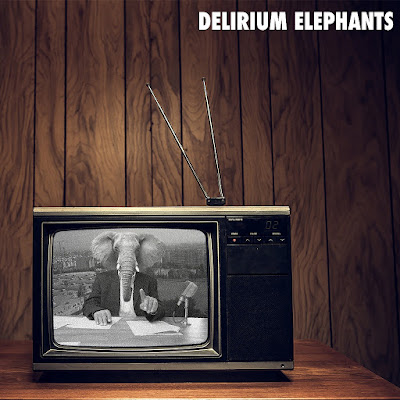 The Sound Of Everything

An indie pop album in hallucinogens!
Includes singles ‘Washing Machine’ and 'Selfie in Montmartre'.
If the name of a band is derived from an experiment involving pumping elephants full of hallucinogens then it should come as no surprise that these guys love to experiment when it comes to making music!
Delirium Elephants were formed in 2012 by Dimitris Zachariou and Stefanos Georgiadis. They combined their different musical backgrounds to create the soundscapes of their first album Songs and Poems which was released by the Dutch label 2419.
In 2015 they teamed up with Christos Katsounotos on Guitar, Vironas Athinodorou on Bass and Stefanos Meletiou on drums to make their second album. To celebrate the union they named their second album Delirium Elephants.
Immersed in summery ska-tinged feelgood vibes, this is an ideal soundtrack for road trips and holidays!